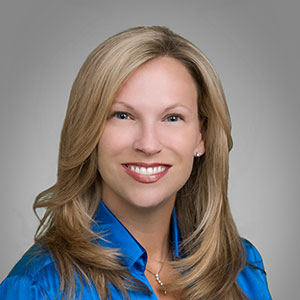 Caren Ulrich Stacy has more than 20 years of experience in recruitment, development, and diversity with law firms across the country, including Arnold & Porter, Weil Gotshal, McGuireWoods, and Cooley.

She is the CEO of Diversity Lab, which creates and tests innovative talent management and diversity initiatives. The Lab’s hallmark project – the OnRamp Fellowship – has helped boost diversity in law firms as the first re-entry program ever launched in the legal profession for women lawyers. The Fellowship is also now expanding into legal departments and financial services firms.  Other current projects include:

Prior to launching the Lab, Caren was the head of legal talent for top law firms for 20 years. She also pioneered a data-driven “Moneyball” approach to legal talent management through Lawyer Metrics, a start-up company she co-founded and led as President. Lawyer Metrics was bought by the Access Group.

Elected as a Fellow of the College of Law Practice Management, 2010

Selected from 500 entrepreneurs as a Tory Burch Foundation Fellow, 2016

*Caren and Steve Gluckman won the 2015 Catalyst #DisruptTheDefault Award for their www.TakeALittleAction.com video and website.

Caren serves on the Board of Advisors for DirectWomen, a national non-profit organization that is increasing the representation of women lawyers on corporate boards.  Caren also serves as the Vice President of Partnerships and Policy for the United States National Committee for UN Women, San Francisco.

She is the founder and editor of the TalentThinkTank.com, a collaborative blog with more than 25 talent management experts. Over the past two decades, she has contributed to over 250 presentations and publications on legal talent management and authored several highly regarded books, including Loyalty by Design: A Practical Guide for Developing an Effective Attorney Integration Program.